Busy day today, but I still found 6 or 7 hours to play in the shop.

With the frame done, I went ahead and cut the top and bottom rails, then set them aside. My main focus today is to get the slats made. 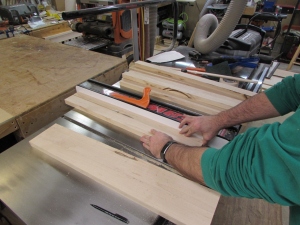 I cut a bunch of boards to roughly 30″ long and 1-1/2″ wide, then flipped them on their sides and re-sawed them in half. 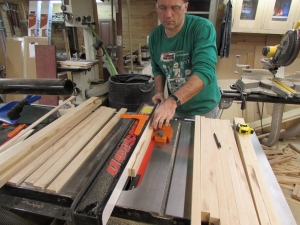 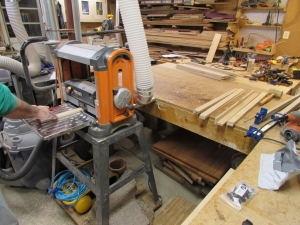 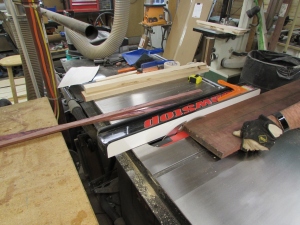 Next, I ripped and re-sawed the strips of purpleheart for the centers of the slats. I made a notched block to make re-sawing them a lot safer. You may notice that I am wearing gloves while I am working with the purpleheart. I normally won’t on the saw, but I got several nasty splinters the last time, and I didn’t feel like digging out any new ones today… 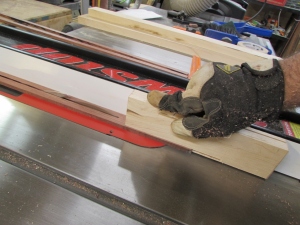 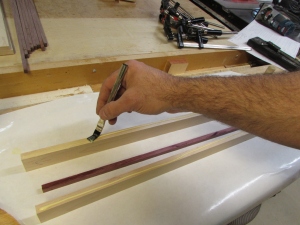 Once everything was ripped to the correct size, I lined up the boards and applied wood glue, then clamped them up. 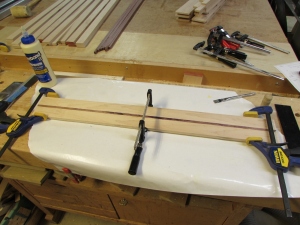 I moved them out of the way and let them dry for about an hour, while I went upstairs for dinner. 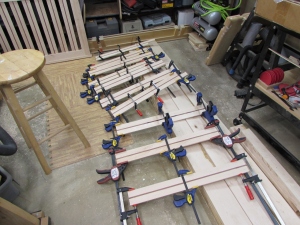 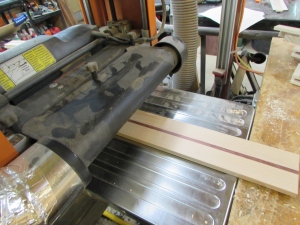 After an hour, they were dry enough to plane, so I pulled the clamps and got to work. One pass on each side and the slats were good to go. I still had the bullnose bit set up from the last batch, so I ran the slats through and rounded both sides. 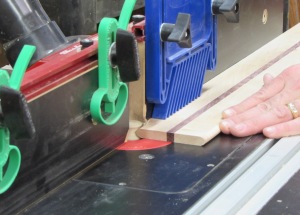 The last thing the slats needed was to be cut down. I needed to have the 8 degree angle applied to the top of each slat, so I clamped them up two at a time and marked then cut the five different pairs. 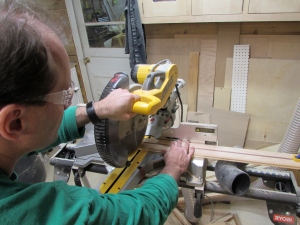 I was mildly surprised that the whole thing went together perfectly, with just a few taps of my rubber mallet. 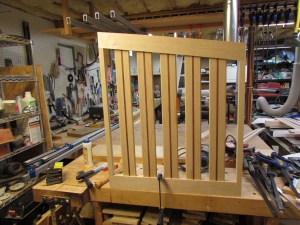 The joinery was so good, that after it was assembled and the edges butted together, It was dead square. Usually my joinery is not that perfect, so I am happy. 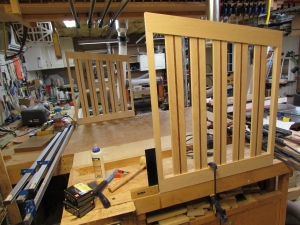 Next step is to get those top and bottom rails done, then sand it down. I have a few more details to attend to before glueing it up, but it is late, so that is tomorrow’s task.