I finished cutting out and glueing up the seat back that I forgot to make earlier in the week. While that was drying, I pulled out the 4 pieces that will make up the seat. 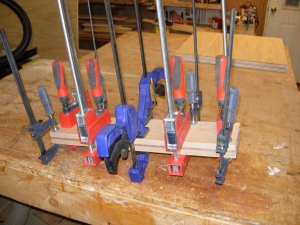 Glueing up the seat back

I needed to mark a curve on the edge of each of the boards. I started by placing three clamps in locations that allowed me to hold a bent strip of wood. By tracing along the wood, I now have my curve. 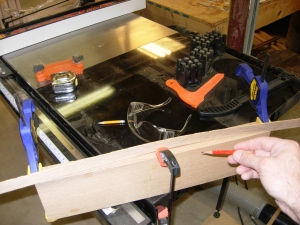 Marking the curve for the seat 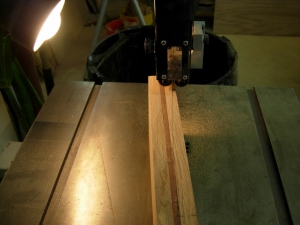 Cutting the curve on the bandsaw

I swapped out my 3/4″ band saw blade for my 1/4″ one so I could cut the curves. The first one went pretty well, but the blade bellied out in the middle of the board. 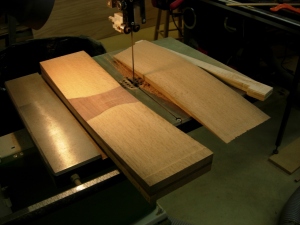 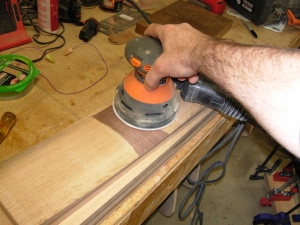 I sanded the new curve down with the orbital sander, then laid this board back against the next one and marked it using the cut one as a template. 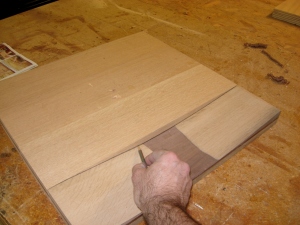 I finished cutting the rest of the boards with varying degrees of success. It looks like I will have a lot of sanding, planing, or filing to even everything out, but I think it will look nice when complete. I wend ahead and glued up the seat. I will worry about smoothing it out another day. 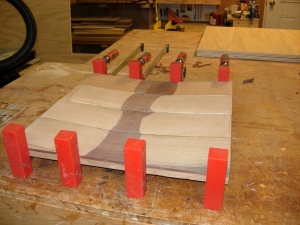 Glueing the seat up

This entry was posted on April 16, 2013 by Lwroten in furniture and tagged oak, Pub chairs, walnut.