I hope everyone had a good Christmas. I did finish putting a second coat of paint on all of the cabinet parts. Yes, even the bottom of the drawers. 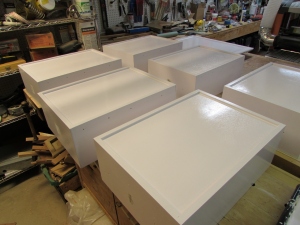 I did not paint the inside the vanity where the drawers are. It won’t be visible, and was very hard to reach into. 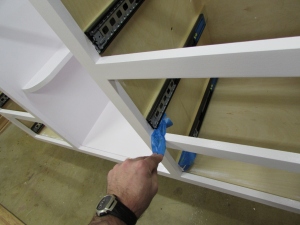 I let the paint cure for a few days before removing the tape and reinstalling the hardware. 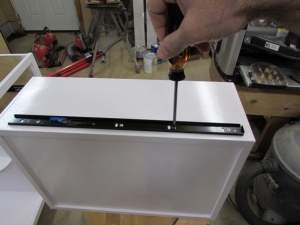 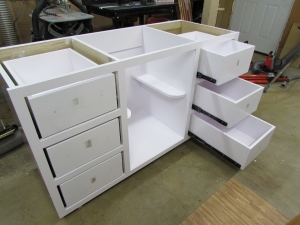 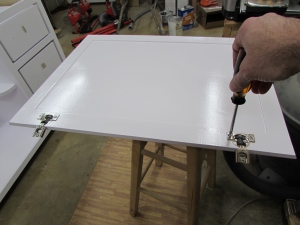 The salesman at Benjamin Moore said the water-borne exterior paint would take about a month to fully cure and harden. Everything feels dry, but if you lay two painted surfaces together, they tend to stick together a bit.

I added little vinyl bumpers to the top and bottom of the door to prevent anything from sticking until the paint has fully cured. 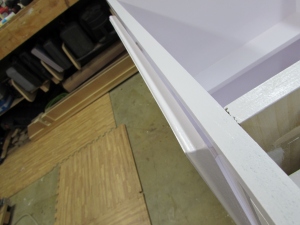 I did the same to the top of the drawer faces as well. 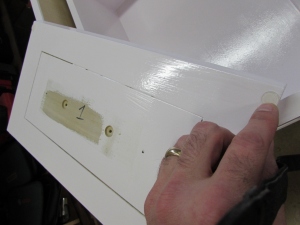 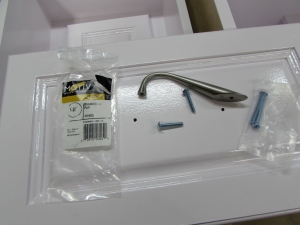 I just received the drawer pulls today, so I started installing them. They are called “diminishing pulls” because one side slopes away to nothing. They have a really cool look, but I ran into a problem installing them. The tall side has a really deep threaded hole and can receive about 1/2″ of thread, but the diminished side can only take about 1/8″ of thread. 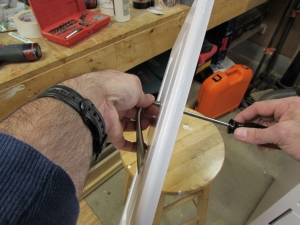 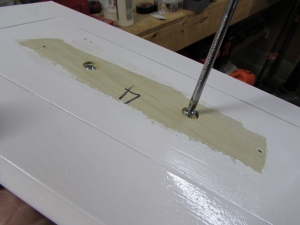 The handles came with longer and shorter screws, but the short ones were still too long. 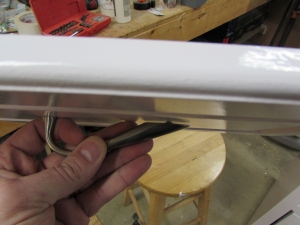 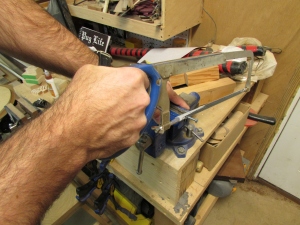 I took seven of the short screws over to my metal vice and clamped the last 1/8″ of threads into it. I used a hack saw to cut off approximately 3/16″ off the threaded end, then filed the bottom smooth and cleaned up the threads with some jeweler’s files. 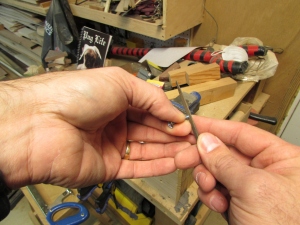 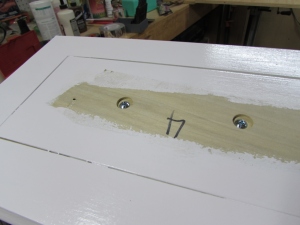 After that, they seated perfectly. 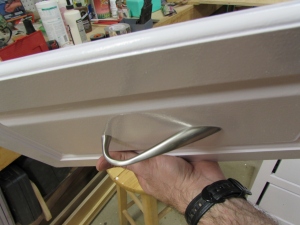 With the pulls installed, it was time to re-attach the drawer faces. 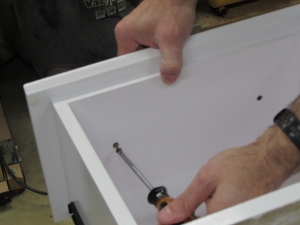 They look pretty sharp. My clients picked these out, and I have to say they go very well with the cabinet style. 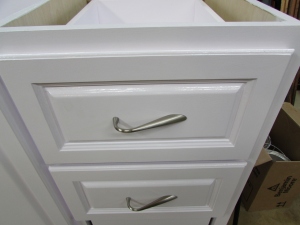 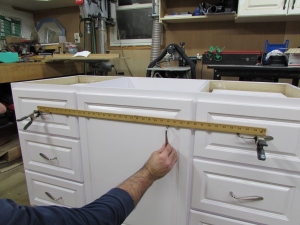 The last thing to do, is install the door handle. I used a straight edge to give me a line between the drawer pulls. This allowed me to find a location on the door that lined up perfectly with the top row of pulls. 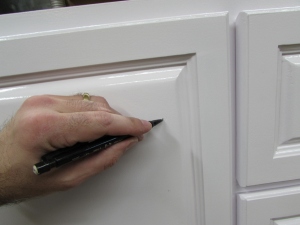 I pressed the handle gently into the still-curing paint and it made a slight circular indent. I drilled a hole at the center of this spot. 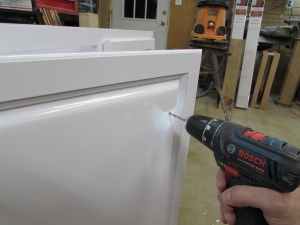 I went and found the jig that I used to install the drawer pulls and removed the cleats from the sides. I used a drill bit to line up the top hole and a tape measure to make sure it was perfectly in line with the door. Next I clamped the template gently in place and drilled out the second hole. 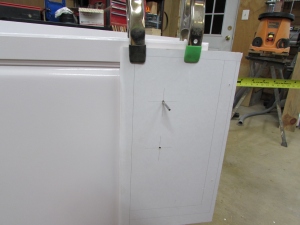 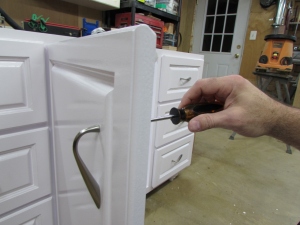 All that was left was to install the last two screws and the cabinet was complete. 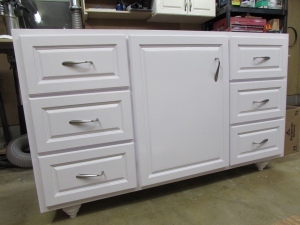 I will deliver it in a couple of days, but it won’t be installed till the top has been made. That probably won’t be for a month or two, so it will be a while till I get a final picture. 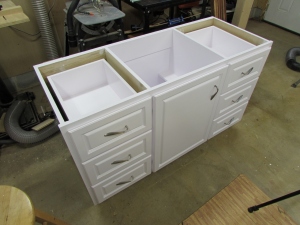 I will say that painting this cabinet with a brush and a roller took nearly as long as building it. Mainly because the paint was too thick for my sprayer. Everybody’s taste in finishes differ, but I still prefer polyurethane. Spraying two coats poly would have taken about a half hour, total, over two or three days. I probably spent more than 8 or 9 hours painting. Just my thoughts for anyone out there considering building one for yourself.